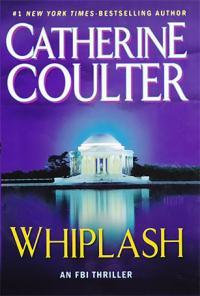 Erin used her third generation lock picks. She knew each one intimately, having successfully, and in excellent time, unlocked whatever her father had hid under her pillow by the age of six and a half. Her hands didn't shake though her heart felt like it would pound out of her chest. Crouching in a dark maintenance closet for three hours with two bottles of water and a PayDay candy bar hadn't been fun, but surely it wasn't all that illegal. What she was doing now, though, it was the real deal. She wasn't just twisting the law, she was stomping on it. She was breaking and entering. She could go to jail for the rest of her youth, which would be a real shame since she hadn't yet produced the fourth generation of lock pickers.

It wasn't the first time she'd gone through the back door to make things right for a client, but she prayed with all her heart it would be the last. Maybe if she'd been able to speak to the CEO, Caskie Royal, if only she could have tried to reason with him -- no, that was a fine load of bull.

The lock snicked open. She slid her picks back into the pocket of her black jacket, checked the corridor both ways to make sure the guard hadn't changed his schedule and wasn't on the third floor, and opened the door just enough so she could slip inside the CEO's office. She turned on her penlight to get the lay of the land. It was a large square room, business-opulent, she'd call it, with a rich dark burgundy leather sofa, a loveseat, and a huge matching chair with ottoman. A fine antique mahogany desk dominated the office. She flicked off the penlight, locked the door, and walked to the wall-wide window behind the desk, to make sure no one was out there. She saw in the moonlight that Mr. Royal had a lovely view of a large groomed lawn, more like a small park, really, lined with plants, still bursting with blooms at the very end of summer. The maple and oak woods behind the lawn stretched a good quarter of a mile and were part of Van Wie Park. Since she didn't see a single soul out there, she didn't close the draperies. She stepped to the computer that sat on the big desk.

She turned the computer on. Of course it was pass-coded, but she was prepared for that. Her list had failed her only once, but that was years ago, and she started in on it now. Number 3 on her list -- his third wife's birthday, that was the one she was betting on, but it was Number 4 -- the family dog Adler, named after Schiffer Hartwin's director, Adler Dieffendorf. She was fairly certain Caskie Royal's boss wasn't aware of this honor -- that his namesake was a happy brainless Dalmation she'd seen belly up, legs waving, on Jane Ann Royal's web site. Maybe it meant Mr. Royal had something of a sense of humor, since Herr Doctor Adler Dieffendorf's photo in Schiffer Hartwin's glossy annual report showed an older man with a lovely head of white hair, a patrician's thin nose, and intelligent gray eyes.

She was in. Thanks, Adler.

She began searching his files. She felt queasy and ignored it. Get it done, get it done. If you're caught and go to trial, maybe the jury won't convict you given what these greedy yahoos are doing unless you get a crappy lawyer -- Ah, there it was, no doubt at all in her mind -- a file titled Project A.

She began reading what were obviously Caskie Royal's notes on what Schiffer Hartwin was doing with the drug Culovort. He'd detailed his instructions complete with a To Do List, all neatly bulleted, beginning with the near shutdown of Culovort production at the U.S. Schiffer Hartwin manufacturing laboratory in Bartonville, Missouri. Next came instructions to their distribution plant, Rexol, also in Bartonville.

She was so deep into disbelief at what she was reading, it took her a moment before her brain processed the sound of a car driving around to the back of the building, right beneath the big window of the CEO's office. She dashed to the window and looked down to see a big silver Lexus -- it was Caskie Royal's car.

What was he doing here late on a Sunday night?

Doesn't matter, he's here. If he caught her, she'd soon be wearing a neon yellow jump suit, PI license or not. She plugged in a flashdrive, and ran into another password, this one corporate. He's here, he's here. She pressed Print File and watched as page after page flowed out of the high-speed printer.

She hadn't checked the file size. What of there were a zillion pages? What if she needed to have didn't print out in time -- no, she had some time, it would be all right. Even Mr. Royal had to stop by the guard downstairs in the lobby and sign in before coming up.

The printer stopped. Thank goodness there were only nineteen pages in all. She quickly slid the pages inside her black jacket, zipped it up tight, turned off the printer, and closed down the computer. She straightened the chair, checked to see it all looked the way it had when she'd come in, and hurried to the office door to listen. She heard voices at the end of the long corridor. Royal and a woman coming her way.

It was time for Plan B. Always have a Plan B, her father had drummed into her head, and she had one. It sounded like they were arguing. She pressed her ear to the door, heard the woman say clearly, "I still can't believe you've made me a part of this, Caskie. What do we need it for?"

"Carla, the money is rolling in so fast there's barely time to even count it. They're looking at a windfall profit of about, conservatively, one and a half billion dollars. They've already wracked up nearly a billion in sales in the last six months. And it's a freebee, manna from heaven."

"It's unethical and you know it. And it's dangerous, illegal."

"Just back me up on this one, and I'll see to it you get a bonus in six figures in your pocket, Carla. And don't fret. There's no danger here, nothing bad can happen."

His voice was impatient. "You gotta admit, with Culovort off patent, the profits are hardly enough to fill a nut cup. What is it? Fifteen bucks a chemo session? Fifteen bucks? Get real. It'll take the FDA so long to get their act together we'll all have cashed in before the pressure's too great. And so far, you know as well as I do there's hardly been any pressure at all, just a letter of inquiry from the FDA and a couple of newspaper articles about the shortage."

They were coming closer. That wasn't good, but she couldn't help herself, she stayed at the door. What a bit of luck, good and bad. It had to be Carla Alvarez, the Production Manager. So Carla hadn't been a part of it for long, but she wouldn't blow the whistle.

"Hey, Babe, let's forget this stuff. You look so hot I can't wait to put my mouth on you."

Good grief, Alavarez and Royal? Lovers? She hadn't picked up a whiff of that when she'd done her research on Caskie Royal and his management team. Did anyone else know?

Carla said, "Maybe it won't take the FDA long to jump on Schiffer Hartwin. You'd have to be an idiot to believe the shortage of Culovort is just poor planning and how did they put it -- connected to an expansion of our production facilities? Couldn't the Germans come up with a more believeable excuse? Aren't they worried we'll soon be hated as much as bankers?"

They were close now, not ten feet from his office door and she knew they'd be waltzing in, headed toward that big gray leather sofa. "That's the beauty of it," she heard him say, chuckling, "Even if it's our production and distribution labs in Missouri that are having the expansion problems, Schiffer Hartwin will get all the blowback if there is any -- and they're way the hell over in Germany. Carla, stop worrying about it tonight. We don't have that much time -- "

There was a whoof of surprise from the woman, the sound of scuffling, than a low moan.

She heard hard breathing, a suck-air kiss, and raunchy groaning. Evidently the time for business talk was past, a pity. She'd studied the floor plans, knew her escape route if disaster struck. Disaster was readying itself to strike in under a minute unless they decide to have sex against a corridor wall. She ran to the adjoining bathroom, slipped into the glass-block shower and looked up at a small window near the top that she'd swear had been larger on the plans and not so high up. How the devil would she get up there? She heard the office door open.

She sucked in a deep breath and jumped.