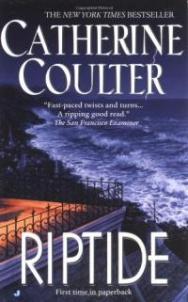 Becca was watching an afternoon soap opera that she'd seen off and on since she was a kid. She found herself wondering if she would ever have a child who needed a heart transplant one month and a new kidney the next, or a husband who wouldn't be faithful to her for longer than it took a new woman to look in his direction.

Then the phone rang.

She jumped to her feet, then stopped dead still and stared over at the phone. She heard a guy whining in the background about how life wasn't fair. He didn't know what fair was.

She made no move to answer the phone. She just stood there and listened, watching it as it rang three more times. Then, finally, because her mother was lying in a coma in Lenox Hill Hospital, because she just plain couldn't stand the ringing ringing ringing, she watched as her hand reached out and pick the receiver.

She forced her mouth to form the single word. "Hello?"

"Hi, Rebecca. It's your boyfriend. I've got you so scared you have to force yourself to pick up the phone. Isn't that right?"

She closed her eyes as that hated voice, low and deep, swept over her, into her, making her so afraid she was shaking. No hint of an Atlanta drawl, no sharp New York vowels, no dropped R's from Boston. A voice that was well educated, with smooth, clear diction, perhaps even a touch of the Brit in it. Old? Young? She didn't know, couldn't tell. She had to keep it together. She had to listen carefully, to remember how he spoke, what he said. You can do it. Keep it together. Make him talk, make him say something, you never know what will pop out. That was what the police psychologist in Albany had told her to do when the man had first started calling her. Listen carefully. Don't let him scare you. Take control. You guide him, not the other way around. Becca licked her lips, chapped from the hot, dry air in Manhattan that week, an anomaly, the weather forecaster had said. And so Becca repeated her litany of questions, trying to keep her voice calm, cool, in charge, yes, that was her. "Won't you tell me who you are? I really want to know. Maybe we can talk about why you keep calling me. Can we do that?"

"Can't you come up with some new questions, Rebecca? After all, I've called you a good dozen times now. And you always say the same things. Ah, they're from a shrink, aren't they? They told you to ask those questions, to try to distract me, to get me to spill my guts to you. Sorry, it won't work."

She'd never really thought it would work, that stratagem. No, this guy knew what he was doing, and he knew how to do it. She wanted to plead with him to leave her alone, but she didn't. Instead, she snapped. She simply lost it, the long-buried anger cutting through her bone-grinding fear. She gripped the phone, knuckles white, and yelled, "Listen to me, you little prick. Stop saying you're my boyfriend. You're nothing but a sick jerk. Now, how about this for a question? Why don't you go to hell where you belong? Why don't you go kill yourself, you're sure not worth anything to the human race. Don't call me any more, you pathetic bastard. The cops are on to you. The phone is tapped, do you hear me? They're going to get you and fry you."

She'd caught him off guard, she knew it, and an adrenaline rush sent her sky high, but only for a moment. After a slight pause, he recovered. In a calm, reasonable voice, he said, "Now, Rebecca sweetheart, you know as well as I do that the cops now don't believe you're being stalked, that some weird guy is calling you at all hours, trying to scare you. You had the phone tap put in yourself because you couldn't get them to do it. And I'll never talk long enough for that old, low-tech equipment of yours to get a trace. Oh, yes, Rebecca, because you insulted me, you'll have to pay for it, big time."

She slammed down the receiver. She held it there, hard, as if trying to staunch the bleeding of a wound, as if holding it down would keep him from dialing her again, keep him away from her. Slowly, finally, she backed away from the phone. She heard a wife on the TV soap plead with her husband not to leave her for her younger sister. She walked out onto her small balcony. It was one-fifteen. She looked over Central Park, then turned a bit to the right to look at the Metropolitan Museum. Hordes of people, most in shorts, most of them tourists, sat on the steps, reading, laughing, talking, eating hot dogs from the vendor Teodolpho, some of them probably smoking dope, picking pockets, and there were two cops on horseback nearby, their horses' heads pumping up and down, nervous for some reason. The sun blazed down. It was only mid June, yet the unseasonable heat wave continued unabated. Inside the apartment it was twenty-five degrees cooler. Too cold, at least for her, but she couldn't get the thermostat to move either up or down.

The phone rang again. She heard it clearly through the half-closed glass door.

She jerked around and nearly fell over the railing. Not that it was unexpected. No, never that, it was just so incongruous set against the normalcy of the scene outside.

She forced herself to look back into her mother's lovely pastel living room, to the glass table beside the sofa, at the white phone that sat atop that table, ringing, ringing.

She let it ring six more times. Then she knew she had to answer it. It might be about her mother, her very sick mother, who might be dying. But of course she knew it was him. It didn't matter. Did he know why she even had the phone turned on in the first place? He seemed to know everything else, but he hadn't said anything about her mother. She knew she had no choice at all. She picked it up on the tenth ring.

"Rebecca, I want you to go out onto your balcony again. Look to where those cops are sitting on their horses. Do it now, Rebecca."

She laid down the receiver and walked back out onto the balcony, leaving the glass door open behind her. She looked down at the cops. She knew something horrible was going to happen, she just knew it, and there was nothing she could do about it but watch and wait. She waited for three minutes. Just when she beginning to convince herself that the man was just trying new and different ways to terrorize her, there was a loud explosion.

She watched both horses rear up wildly. One of the cops went flying. He landed in a bush as thick smoke billowed up, obscuring the scene.

When the smoke cleared a bit, she saw an old bag lady lying on the sidewalk, her market cart in twisted pieces beside her, her few belongings strewn around her. Pieces of paper fluttered down to the sidewalk, now rutted with deep pockmarks. A large bottle of ginger ale was broken, liquid flowing over the old woman's sneakers. Time seemed to have stopped, then suddenly there was chaos as everyone in view exploded into action. Some people who'd been loitering on the steps of the museum ran toward the old lady.

The cops got there first; the one who'd been thrown from his horse was limping as he ran. They were yelling, waving their arms-at the carnage or the onrushing people, Becca didn't know. She saw the horses throwing their heads from side to side, their eyes rolling at the smoke, the smell of the explosive. Becca stood there frozen, watching. The old woman didn't move.

Becca knew she was dead. Her stalker had detonated a bomb and killed that poor old woman. Why? Just to terrorize her more? She was already so terrified she could hardly function. What did he want now? She'd left Albany, left the governor's staff with no warning, had not even called to check in.

She walked slowly back inside the living room, firmly closing the glass door behind her. She looked at the phone, heard him saying her name, over and over. Rebecca, Rebecca. Very slowly, she hung up. She fell to her knees and jerked the connector out of the wall jack. The phone in the bedroom rang, and kept ringing.

She pressed herself close to the wall, her palms slammed against her ears. She had to do something. She had to talk to the cops. Again. Surely now that someone was dead, they would believe that some maniac was terrorizing her, stalking her, murdering someone to show her he meant business.

This time they had to believe her.