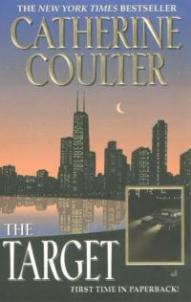 He stretched, caught a glimpse of two hawks flying low, looking for prey, and took his ax back to the stump beside the cabin where he was splitting logs. It didn’t take him long to pull off his down jacket, then his flannel shirt, then his undershirt. And still he worked up a sweat. His rhythm sped up. The sun felt hot and good on his skin, seeping in to warm his muscles. He felt strong and healthy. He was in business. He knew he had more logs than he could use for the week, but he just kept to that hard smooth rhythm, feeling his muscles flex and loosen, grow tight with power, and release.

He stopped a moment to wipe the sweat off his face with a sleeve of his shirt. Even his sweat smelled fresh, as if his innards were clean.

A very faint sound. It had to be an animal. But he’d gotten used to the owls and the sparrow hawks, to the chipmunks and the skunks, and to the wolves. This sound wasn’t on of them. He hoped it wasn’t another person invading his mountain. He was the only cabin in the high meadow. There were other cabins, but they were lower, at least a half mile away. No one came up here except maybe in the summer to hike. It was mid-April. No hikers yet. He hefted his ax again. He froze in midswing, when the sound came again.

It was like the desperate cry of something – a kitten? No, that was crazy. Still, he pulled on his flannel shirt, and the down jacket. He leaned down and picked up his ax. The weight felt good. Had another man come onto his mountain?

He paused, holding perfectly still, letting the silence invade him until he was a part of it. He felt the cool afternoon breeze stir the hair on his head. At last it came again, a soft mewling sound that was fainter this time, broken off into two distinct parts, as if suddenly split apart.

As if the creature was nearly dead.

He ran fast over the flat meadow where his cabin stood. He ran into the pine forest that surrounded the high meadow, slowing because of the undergrowth, praying he was going in the right direction, but uncertain even as he ran.

He heard his own hard breathing and stopped. Little sun could cut through the dense trees. Now that it was late afternoon, it was nearly dark here deep in the forest, where there were suddenly no sounds at all. Nothing. He calmed his breathing and listened. Still nothing. He heard a slithering sound. He whipped around to see a small prairie rattlesnake winding its way under a moss-covered rock. The snake was higher up than it should be.

He waited silent as the trees on all sides of him. He felt a crap in his right bicep. Slowly he lowered the ax to the ground.

Suddenly he heard it again, off to his left, not too far away, muffled and faint, a sound that was almost like an echo of itself, a memory of what it had been.

He moved slowly now, eyes straight ahead, his stride long. He came to a small clearing. The afternoon sun was still bright overhead. There was a rich high grass waving in the breeze. Blue columbine, the Colorado state flower, was blooming wildly, soft and delicate, already welcoming spring. It was a beautiful spot, one he hadn’t yet found on his daily treks.

He waited now, his face upturned to the slanting sun, listening. There was a squirrel running up a tree, a distinct sound, one he’d learn very quickly to identify. The squirrel scampered out on a narrow branch, making it wave up and down, its leaves rustling with the weight and movement.

Then there wasn’t anything at all, just silence.

He knew the sun wouldn’t be shining on him much longer; shadows were already lengthening, swallowing the light. Soon it would be as dark as Susan’s hair in the forest. No, he wouldn’t think about Susan. Actually it had been a very long time since he’d thought about Susan. It was time to o home, back to his cabin where he’d laid wood for a fire that morning, still waiting for a single match. He’d gotten good at building fires both in the fireplace and in the wood stove. He’d slice up some fresh tomatoes and shred some iceberg lettuce he’d bought two days before at Clement’s. He’d heat up some vegetable soup. He stepped back into the thick pine forest.

But what had he heard?

It was darker now than it had been just two minutes before. He had to walk carefully. His sleeve caught on a pine branch. He stopped to untangle himself. He had to lay down the ax.

It was then he saw the flash of light yellow off to his right. For a moment, he just stared at that light yellow. It didn’t move and neither did he.

He quickly picked up his ax. He walked slowly toward that light yellow patch, pausing every few seconds, his eyes straining to make out what it was.

It was a lump of something.

He saw from three feet away that it was a child, unmoving, lying on her stomach, her dark brown hair in tangles down her back, hiding her face.

He fell on his knees beside her, afraid for an instant to touch her. Then he lightly put his hand to her shoulder. He shook her lightly. She didn’t move. The pulse in her throat was slow but steady. Thank God she was unconscious, not dead. He felt each of her arms, then her legs. Nothing was broken. But she could be injured internally. If she was, there was nothing he could do about it. He carefully turned her over.

There were two long scratches on her cheek, the blood dried and smeared. Again, he placed his finger against the pulse in her neck. Still slow, still steady.

He picked her up as carefully as he could, and grabbed his ax. He curved her in against him to protect her from the low pine branches and underbrush. She was small, probably not older than six or seven. He realized then she wasn’t wearing a jacket, only the thin yellow T-shirt and dirty yellow jeans. There were white sneakers on her feet, one of the laces unfastened and dangling. No socks, no gloves, no jacket, no cap. What was she doing out here alone? What had happened to her?

He stopped. He could have sworn that he heard the sound of a heavy foot snapping through leaves and small branches. No, he was imagining things. He pulled her closer and quickened his step, the sound of that scrunching step hovering just behind him.