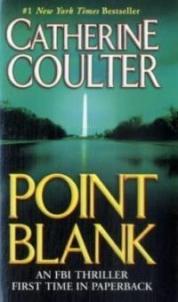 You can purchase the complete audio version here...

Ruth froze. From the moment she’d finessed the pathetic lock and begun her trek into the cave, there’d been only the noise made by bats and the sound of her own voice, of her own breathing. But now she held her breath. Her mouth was suddenly as dry as the sandy floor beneath her boots. She strained to listen.

There was only silence, as absolute as the blackness.

All right, she’d take silence. Silence was good. She was alone, no monsters hanging around at the edge of her light. She was freaking herself out for no reason, she, who took pride in her control. But why couldn’t she see any cave walls?

She knew the rough distance of a foot, not much longer than her own foot, and started counting. When she reached about fourteen feet, she stopped, stretched out her hand as far as she could, and her flashlight and head lamp cut a huge swath farther ahead of her. No wall. All right, so her distances were off. No problem, no reason to panic.

But she’d heard something--for an instant. What was the noise she’d heard?

She kept counting and crawling forward. At least another twenty feet. Okay, this was ridiculous. Where was the opposite wall?

She rose to her feet, shone her head lamp and flashlight together in a circle around her. She pulled out her compass again and pointed it. She stared at the needle. West. No, that couldn’t be right. She wasn’t facing west, she was facing east, the direction of the opposite wall. But there was no sign of a wall in any direction. She shook the compass. It still read west. It couldn’t be functioning properly.

She stuffed it back in her pocket and pulled her hefty twenty-five-foot measuring tape off her belt. She slowly fed out the metal strip in a line directly in front of her, into the blackness. Finally she reached the end of the tape. There was no wall.

She felt fear, raw and paralyzing, crawl right up her throat. Why was she feeling this way? She was a cop, for heaven’s sake, she’d been in much tougher spots than this. She prided herself on her focus, on her ability to keep panic at bay, on her common sense. Nothing could shake her, her mother had always said, and it wasn’t necessarily a compliment.

But she was shaken now.

All right, bottom line: The chamber was bigger than the damned map said it was. Another effort at misdirection, like the arched doggy door covered with a slab of limestone. So what? No big deal. She’d go back out of the chamber and think things over. How many feet had she come? A good long ways. She turned and fed out the measuring tape back toward the archway. Naturally, she couldn’t see the arched opening beyond the dissipated circle of light from her head lamp. She crawled on the tape to make sure she kept in a straight line. When she reached the end of it, she fed out a second twenty-five feet. Nothing. Then another twenty-five feet. She shone her head lamp together with her flashlight all around her. Nothing at all. She looked at her compass. It said she was moving northeast. No, that was absurd. She was heading due west, right back toward the opening.

She looked up again, realized that her flashlight had faded away into a ghostly beam. All right, she’d walked a mile, who cared? And the compass was all screwed up. She didn’t need it to make her think she was crazy. She stuck it in her pocket, picked up the tape and fed it out another twenty-five feet, sure she’d see the archway at any moment. She’d come a hundred feet. At any moment, the tape would slither right through the opening back into the corridor. She crawled more slowly. By the time she’d crawled the full twenty-five feet, she was shaking.

Stop it, stop it. She pressed the retract button and heard the hiss of the tape as it smoothly ran back in. She stood there, holding the tape, knowing she was afraid to feed it out again. What was the point?

No, no, that was stupid. She had to. She had no choice. She fed out the tape again, smoothly and quickly. But even as she worked it out to its maximum twenty-five feet, she knew in her gut it wouldn’t touch anything. Still, she crawled the distance, then stopped, looked. She was nowhere, surrounded by black; she was being pressed in by black. No, no, stop it.

She knew she’d crawled in a straight line, but it was obvious now that she hadn’t; it was the only explanation. She’d veered off to the left or right. But still, shouldn’t the tape measure hit a wall? Of course it should, but you’re not near a wall, are you?You’re not near anything at all.

Ruth began to move in a circle, keeping the measuring tape fully extended. No wall, nothing.

She was losing it, her brain was twisted up, gone squirrelly. At a wave of dizziness and nausea, she sat on the floor, barely breathing now. She felt cold raw fear skitter through her, a deadly fear that made the hair on her arms stir. Her heart pounded, her mouth was dry.

And she thought, I’m in the middle of a void and there’s no way out because I’m trapped in a black hole larger than anything I can imagine.

That thought, fully blown clear and as bright headlights in her brain, shook her to the core. Where had it come from? She couldn’t seem to draw a deep breath, couldn’t seem to focus her brain. This was ridiculous. She had to think her way out of this. There was an answer, there was always an answer. It was time to get her brain working again. All right then. She was in a cave chamber. She’d simply crawled in farther than she’d thought, the ridiculous chamber was much larger than on the map --

She heard the noise again, a soft, sibilant sound that seemed to be all around her, but there were no visual reference points, like a snake slithering through sand, a snake so heavy it made a dragging sound as it pulled itself along. It was a snake that was coming toward her but she couldn’t see it, couldn’t get out of the way, couldn’t hide. Maybe it was one of those South American boas, thick as a tree trunk, heavy and sinuous, probably twenty feet long, dragging itself toward her; it would wrap its huge body around her and squeeze -– She jerked the compass out of her pocket and hurled it as far away from her as she could. She heard it thud lightly against the cave floor.

The sound stopped. Once again the silence was absolute.

She had to get a grip. Her imagination was having a hoedown.

Stop it, just stop it, you’rein a damned squiggly hole deep in the side of a mountain, nothing more than a maze.

Maybe now she was at the center of the maze -- bad things could happen at the center of a maze, things you didn’t expect, things that could crush your head, smash it into pulp, things -- She was lost in the silence, she would die here.

Ruth tried to concentrate on breathing slowly and deeply, drawing in the blessed fresh air, and that strange sweet smell, on cutting off the absurd images that wanted to crash into her brain to terrify her, but she couldn’t seem to. She couldn’t find anything solid, anything real, to latch onto. The fear danced through her. She yelled into the darkness, “Stop being like your father, stop it!” To her relief, the sound of her own voice calmed her. She managed to clamp down on the panic. All she had to do was follow the straight line of the tape measure. It was metal, it couldn’t turn into a circle, for heaven’s sake, she’d follow it and end up somewhere, because there had to be a somewhere. Her heart slowed its mad hammering, her breathing became smoother. She leaned down and spread the map on the floor, held the flashlight close.

The only crazy thing here was the damned lying map. After all, the arch wasn’t where the map showed it to be. The arch, that was it, she’d gone through the wrong arch. Maybe, just beyond where she’d stopped looking, she would have found the arch the map showed and crawled into the right chamber. Or maybe the map was just a trap.

But the fresh air, where was it coming from?

WHERE WAS A DAMNED WALL?

Ruth felt her head begin to pound, felt saliva fill her dry mouth, felt a scream bursting from deep in her gut. She knew in that instant she was going to die. She stood up, weaved a bit, and listened for the noise. She wanted that noise. She would go toward it; there had to be something alive, and she wanted to find it. It wasn’t a huge serpent-- no, that was ridiculous. Oh God, her head was going to explode. The pain nearly sent her to her knees. She grabbed her head with her hands. Her fingers sank into her head, into her brain, mixed with the gray matter, and it was sticky and pulsing, and she screamed. The screams didn’t stop, just kept spurting out of her, louder and louder, echoing back into her head, through her wet brains oozing between her fingers. It took all her strength to pull her fingers out of her head, but they felt wet and she frantically rubbed them on her jeans, trying to wipe them clean, but they wouldn’t come clean. She was crying, screams blocking her throat, then bursting out, so loud, filling the silence. Please, God, she didn’t want to die. She started to run, stumbling, falling, but she scrambled up again, didn’t care if she slammed into a wall. She wanted to hit a wall.

But there weren’t any walls.