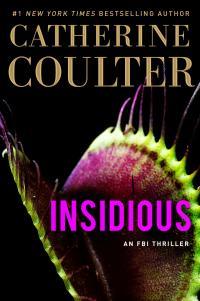 Marty Sallas moved quiet as a thief, which is what he was, to one of the side windows of the small pastel blue house, his glass cutter in his hand. It was a good fifteen minutes from the Strip in a quiet middling residential neighborhood. Perfect, really, for what he had planned. He’d kept his eyes on his princess, called Legs by everyone in the cast of the Beatles Retrospective, for the past two days, ever since he’d noticed a rich guy coming on to her.  Last night he’d seen the dude give her an expensive emerald and diamond bracelet from Laszlo’s, a not-so-subtle inducement to hit the sheets. Tonight the rich guy wasn’t with her, he was playing high-stakes poker again at the Mandalay, where he’d seen her singing and dancing in her show. Molly Harbinger was her name, but to Marty, she was his princess who would give him her crowned jewels. He looked at his watch, lit a cigarette. Of course, he’d stick the butt in his pocket. Soon now, Molly should fall into bed exhausted after her three-hour workout in the show.

Marty used the time to think about how he’d spend the money he’d get from this job. He was considering the San Juan Islands off the coast of Seattle, perfect weather this time of year, not like this hell hole, and who cared there’d be no hot girls hanging out drinking beers? He’d buy himself a wet suit and swim in Puget sound. He had to pay off Alf, a security guard at Laszlo’s, who’d texted him about the bracelet. The rich dude had shelled out fifteen big ones. So one thousand to Alf. It always paid to keep his boys happy.

Marty froze when the kitchen light came on at the rear of the house. He moved around so he could see into the kitchen, crouched behind the bushes. Why wasn’t she in bed, getting her beauty sleep? He’d seen her caress the rich guy’s hand just that afternoon over two glasses of chardonnay, the bracelet sparkling in the dim bar light, and heard her thank him again, tell him she had two shows tomorrow, and she needed to get to bed early, but -– lovely pause -- she was off Sunday. The guy had bowed out gracefully, no doubt he’d wet-dream his night away. Marty hoped he would win big at poker and give her more bling. The princess deserved that.

It was after midnight and there she stood, wearing a pink pajama boxers and a tank top, drinking water over the kitchen sink. Back to bed, Princess, back to bed, time’s a-wastin’. Come on, honey, it don’t pay to hang around in one place too long.

He heard a man’s wheedling voice, but couldn’t make out the words, then the princess yelled, “I told you to get out of here, Tommy! What you did this time tears it. You gambled away all the money I’ve saved. Get out now, you loser, I don’t want to see your stupid face again.”

Marty had thought she’d already drop-kicked Tommy, a car salesman she’d been seeing over on Marian Avenue. No loss, the jerk. The fact is, he’d believed she was alone. Where was Tommy’s car? Marty didn’t like this, didn’t like it at all. He had to be more careful.

Whatever, boot the jerk out, Princess. Get your beautiful self back into bed and into dreamland and I’ll give you something to guarantee a good night’s sleep.

Marty eased back toward the front of the house, eased down into a mess of red bougainvillea. He waited patiently for Tommy to come trooping out the front door when he heard a motorcycle coming down the quiet street. It was moving slow, as if the driver was looking for an address. At this hour? What was wrong with people? Even in Las Vegas regular people slept at night. It was only delusional brainless yahoos flying in here from who-knew-where who stayed up all night.

The motorcycle stopped out in front of the house, idled. What was this crap? Had Tommy called a friend to pick him up? Or was it someone else sniffing on Marty’s turf? Nah, another thief wouldn’t be cruising around on a loud-ass motorcycle. He’d be hiding, like Marty, biding his time. Marty cursed low. All he wanted was to get in, lay a chloroform mask over his princess’s nose, watch her snap awake, then breathe in and pass out, ten seconds, tops. He’d find that bracelet and get out with no one the wiser, but no, he couldn’t catch a break. First a boyfriend and now this motorcycle, and who was this guy? He heard the front door slam. So Tommy had called a buddy to come get him. Everything was all right. Tommy climbed aboard and the motorcycle revved and rocketed down the street. No more drama. Neither idiot was wearing a helmet.

Marty would give her another twenty minutes at least. If she was mad at the boyfriend, it’d take her longer to calm herself and float off to dreamland. He waited, listening, and now there was only the sounds of crickets, a coyote in the distance, but nothing else except a light desert breeze.

Finally Marty pulled the glass cutter out of his pocket, and walked quietly toward the second bedroom window.

Then he heard something, like a door opening real quiet, like someone sneaking around who didn’t want to be heard. No, impossible, it couldn’t have come from the princess’s house. She was alone. But his heart still pounded. Maybe he was getting too old for the business. He waited, the glass cutter poised in his hand.

Marty pressed the button on the side of his watch, lit up the face. Nine minutes after one o’clock now. He hadn’t survived this long by being stupid. He waited another five minutes. Nothing, no light, no sound. Everything was as it should be. The neighbors were all tucked in, pets snoozing, Tommy and his motorcycle buddy watching a late movie, guzzling beer.

Marty carefully carved a small circle in the glass, gently lifted it out with tape, and eased his hand through the opening to unlock the window. He hoisted himself up and carefully eased inside the second bedroom, more an office, he thought, seeing the small desk, the laptop, a chair. He quietly closed the window, no sense taking a chance that a sudden noise outside would awaken her. He stood a moment in the darkness, listening, then pulled out the cloth wrapped around a small bottle of chloroform from his jacket pocket, and soaked it good. He walked silently to the door, opened it, looked out into the darkened hallway. There wasn’t a sound, not even an air conditioner, and that was good, it meant the princess was fast asleep. Would she have the bracelet on the nightstand next to her? That would make things easy. In his line of work, though, Marty had learned early on that something that easy happened maybe once in a decade.

He crept toward her bedroom at the end of the hall, his sneakers not making a sound. The bedroom door was open. He slowly looked around the edge of the door.

And nearly fainted. He managed to keep his shriek in his throat, but the figure bending over his princess sensed his presence, turned, and Marty saw his face in the shaft of moonlight coming in the bedroom window. He was wearing goggles smeared with blood and had a bloody knife in his hand. As the man jerked away from the bed, Marty saw his princess covered with blood, saw her head bent at an impossible angle, saw blood still oozing from her neck, all in a millisecond. And he could smell the blood, thick and hot and coppery. Marty ran back down the hall, threw a bookshelf down behind him. He heard the killer’s shoes hitting the wood floor in the hall behind him as he ran back into the small office. Marty dove out the window headfirst, cutting his hand on his way through, but he didn’t slow. He rolled to his feet, clutched his hand to his chest, and ran to where his car was parked three streets away. Only when he was driving away did he look back. He didn’t see anyone. Had the man seen his face? Would he be able to find him?

Marty’s heart pounded and he was still panting from his run and from stark terror. He’d never been so afraid in his life. He felt the pain in his cut hand only then, smelled his own blood, only not nearly as thick and fetid as the smell in her bedroom.

It wasn’t until later, after his hand had been stitched in the ER across town, and he was cruising on morphine, did he feel rage at what the monster had done.  He’d stuck that knife into the princess -- his princess – he’d slit her throat. And then he’d come after Marty.