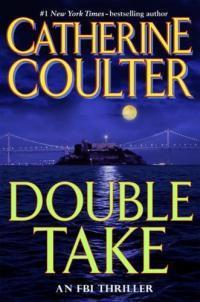 Julia was whistling. She was happy, she realized, actually happy, for the first time in what seemed like forever. The cops had finally given up, the media had gone on to new, more titillating stories to keep their ratings up. And the soulless paparazzi who lurked behind bushes, cars, and trees, one of them even crouched down behind a garbage can, trying to catch her—what?—meeting a lover so they could make a buck selling a photo to the National Enquirer? Or maybe writing a murder confession on a tree trunk? They’d moved on after six endless months, focusing their stalking cameras back on movie stars and entertainers who were a lot more interesting than she was. Fact was, it was her husband, Dr. August Ransom, who’d been the magnet for the media, not she. She’d been only a temporary diversion, just the black widow who’d probably gotten away with murdering a very famous man and medium, a man who spoke to dead people.

She didn’t know how far she’d walked from her home in Pacific Heights, but now she found herself strolling down Pier 39 on the bay, that purest of tourist attractions, with its shops and clever white-faced mimes and resident seals, all just spitting distance from Fisherman’s Wharf. She’d stopped at the to-die-for fudge store, and now stood by the railing at the western side of Pier 39, chewing slowly on her precious piece of walnut fudge, watching the dozens of obese seals stretched out on flat wooden barges beside the pier. She heard the sounds of people talking around her, laughing, joking around, arguing, parents threatening or bribing their kids, all of it sounding so normal—it felt wonderful. In April, in San Francisco, it wasn’t the April showers that brought the May flowers, it was the lovely webby fog that rolled through the Golden Gate Bridge. The amazing thing was the air even had a special April fog smell—fresh and new and tangy, with a bit of a bite.

She wandered to the end of the pier and looked across the water toward Alcatraz, which was not that far away, really, but the swim could kill you, either the vicious currents or the icy water.

She turned and leaned her elbows on the railing, watching the people hungrily. There weren’t that many who wandered down to the very end of the pier. She watched the lights begin to come on. It was cooling down fast, but she didn’t feel cold in her funky leather jacket. She’d found the jacket at a garage sale in Boston when she was in college, and it was her still her favorite. August had looked both sour and amused when she’d worn that jacket. Because she didn’t want to hurt his feelings, she never told him that wearing the jacket made her feel like the young Julia again—buoyant, in both her heart and spirit. But August wasn’t here now, and she felt so lighthearted and young in that moment, it was as if she’d float right off the thick wooden planks.

She was unaware of just how much time had passed, but suddenly there was more silence than sound around her, and all the lights were on. The few tourists who hadn’t returned to their hotels for the night had entered one of the half-dozen nearby restaurants for dinner. She looked down at her watch—nearly seven-thirty. She remembered she had a dinner date at eight at the Fountain Club with Wallace Tammerlane, a name she knew he’d made up when he’d decided to go into the psychic business thirty years before. He’d been a longtime friend of August’s, had told her countless times since her husband’s death that August had been welcomed into The Bliss, that August actually didn’t know who’d murdered him, nor did he particularly care. He was now happy, and he would always look out for her.

Julia had accepted his words. After all, Wallace was August’s friend, as legitimate as her husband. But she knew August had scoffed at many of those so-called psychic mediums, shaken his head in disgust at their antics, even as he praised their showmanship. What did she believe? Like many people, Julia wanted to believe there were certain special people who could speak to the dead. She believed to her soul that August was one of them, but there were very few like him. She’d seen and met so many of the fakes during her years with August. Even though she’d said nothing, it seemed to her that, according to them, any loved ones who died, no matter the circumstances of their passing, were always blissfully happy in the afterlife, always content and at peace, even reunited with their long-dead pets. But she couldn’t help but wonder if August was really happy in The Bliss, wonder if he didn’t want the person who’d murdered him to pay. Who wouldn’t? She did. She’d asked his friends and colleagues in the psychic medium world if they could discover who had killed him, but evidently none of them was possessed of that special gift. This lack of vision was unfortunate, especially for Julia, since the police had fastened their eyes on her and looked nowhere else, at least as far as she could tell.

She didn’t know if August had been blessed with that particular gift. TV shows had psychics who could picture murderers, even feel them, see how they killed and who they killed, and who could help track them down. And there were even mediums who, in addition to being psychic, could also speak with the dead. Were any of these people for real? She didn’t know.

Who killed you, August, who? And why? That was still the question always in her mind—why?

There was August’s lawyer, Zion Leftwitz, who’d called her after her husband’s death. August’s estate, he’d said on her machine, it was very important, as were her responsibilities to that estate, an estate she knew now, that wasn’t all that substantial.

Obligations, she thought, always there, at least eighty per cent of life.

She really didn’t want to have dinner with Wallace, didn’t want to hear his comforting words, hear yet again that August was at peace. Then she’d inevitably hear about Wallace’s latest triumph, perhaps how he’d contacted the mayor’s long-dead grandfather. She knew all the way to her boot heels he’d seriously dent her euphoria. And it also meant taking a taxi back home. She had to leave this magic place, she had to hurry.

She turned to see a tall, black man, firm-jawed, wearing glasses, a long belted coat, standing close, smiling down at her.

“I’m going to visit tomorrow. But tonight—do you know when the next ferry leaves for Sausalito?”

“No, but it’s never long between runs. The schedule is on the side of the building over there, not five minutes from Pier 39--” As she turned slightly to point, he smashed his fist into her jaw. The force of the blow knocked her back against the wooden railing. She saw a bright burst of lights before her eyes, then she saw the flash of something silver in his hand, something sharp—dear God, a knife. Why? But words froze in her throat in a thick veil of terror. All her focus was on that silver knifepoint.

She heard a man shout, then heard, “FBI! Stop now, back away from her or I’ll shoot!”

The man with the knife froze an instant, then cursed. He hefted her up and threw her over the railing into the bay. She splashed into the icy water and rolled over the mess of black rocks that stabbed her like stiletto blades. She tried to struggle, but knew in a flicker of consciousness that she wasn’t going to escape this, that she was going to fall and fall—was that a seal honking? Was that someone shouting? It didn’t matter because everything was going black as her body settled into the jumbled rocks at the bottom of the bay, the water smoothing over her. Her last thought, really more an echo, was that she wouldn’t ever get to be happy again.