Here are the links to Catherine Coulter's complete booklist

Seven years ago, Mia Briscoe was at a frat party with her best friend Serena when a fire broke out. Everyone was accounted for except Serena. She was never heard from or seen again. Now Mia is an investigative journalist covering the political scene in New York City, but she hasn’t given up trying to find out what happened to her friend that night. When an old photo taken at the frat party gives her clues, Mia realizes she knows just where to look. She enlists FBI agent Sherlock’s help to uncover a sinister string of events going all the way back to that disastrous party.

A young wife is forced to confront a decades-old deadly secret when a medium connects her to her dead grandfather.

A vicious psychopath wants ultimate revenge against Savich, but first, she wants to destroy what he loves most—his family.

The #1 New York Times bestselling FBI Thriller series returns with another tour de force in which Agent Sherlock risks losing her career—and her sanity—over a case that is more complicated and twisted than any she’s ever encountered.

Special agents Nicholas Drummond and Michaela Caine take on a ruthless mastermind in the fifth highly anticipated thriller in the New York Times bestselling A Brit in the FBI series. 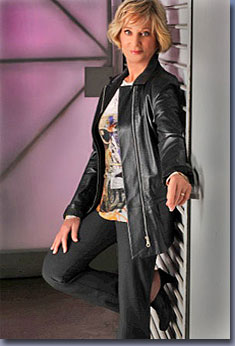 Here are Listings of Catherine's Books by Series