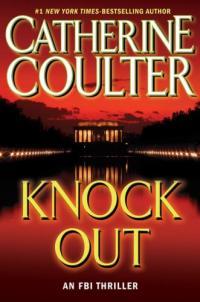 "Everyone shut up! All of you get down and put your faces on the floor!"

The man punctuated his order with a half dozen shots fired into the air from a submachine gun. Chunks of ceiling plaster fell onto the marble floor. In a few seconds, everyone lay flat, no one moving a muscle, the echoes of their shocked screams thick in the air.

Savich's first thought was Thank God Sean's not here with me. He slipped his hand in his jacket pocket, pressed two keys on his cell phone, and remained as still as the twenty other people in the First Union Bank of Washington, D.C. He heard some sobs, but for the most part everyone lay on their stomachs in heart-racing, petrified silence, noses against the marble floor.

The man screamed. "You worker bees behind the counter, don't even think of pressing the alarm! You--yes, you, Mr. Loan Officer. Get me the bank manager now! Now, or this asshole dies!" Savich slowly shifted his head to see Buzz Riley, the security guard, an ex-cop Savich had known for five years, with a snub-nosed .38 barrel stuck in his ear by a man maybe two inches taller than Riley was, with a lanky build and big hands that made the .38 look like a toy.

Savich knew who they were, and it wasn't good. The media had dubbed them the Gang of Four, and they had made a name for themselves as they zigzagged their way across Kentucky and Virginia during the past four weeks, and now they were making their debut bank robbery here in D.C. What was different about this group was that two of the four robbers were women. That, and the fact they were killers. When they burst into a bank, people died. To date, six people had been killed, all four bank security guards and two customers. Riley had to be scared out of his mind.

Another robber fired a spurt of bullets into the air that thudded against the high, old-fashioned ceiling, raining down more plaster, digging into the graceful 1930's molding, sending chunks of wood flying down. This time there weren't any screams, only a couple of sharp gasping breaths, then silence. No one moved. From the corner of his eye, Savich saw they were using Colt nine-millimeter submachine guns, deadly and fast, thirty-two rounds a clip.

Another robber, this one a woman, yelled, "Where's the manager?'

Mac Jamison, proud of his mustache, too heavy, but just about to join the gym, he'd told Savich, walked slowly through the doors from the back, his hands clasped behind his head. "I'm Jamison. I'm the manager."

The woman said, "Think of me as your friendly Easter Bunny here to gather up my eggs," and laughed. Like the other three, she was dressed all in black, a black ski mask covering her head and face. "I know you got your delivery from the Federal reserve, so don't give me any butt-stupid crap about not having any money here. Now, you and I are taking a trip to the vault and loading up."

"Move!" She screamed, and sprayed a dozen bullets from her Colt, not a foot away from Jamison's head. Savich heard a window explode. She walked right up to Jamison and poked the gun barrel in his gut. "Now!"

One of the other robbers followed her, fanning his Colt around, whistling, of all things, covering her back. That left the other woman and the man holding Riley around the neck. She was in his line of sight, small and in constant motion, sweeping her weapon over the employees and the bank customers. Fear poured off the rows of still bodies, lacing the air with a rancid smell. Savich lay flat on his belly at the edge of the group.

He saw her scuffed black-booted feet coming toward him. She stopped. he felt the weight of her gaze, her sharp intake of breath. "Hey, I know who you are."

This wasn't a woman's voice; this voice was young, high with excitement, a girl's voice. She kicked him in the ribs. "Well, ain't this my lucky day. Jeff, look at what we got. He's that FBI guy. Remember, we saw him on TV a couple of weeks ago?" She kicked him again, harder. "Big bastard federal cop. You're the one who brought down those rich old dorks, right?'

Jeff, the guy holding Riley, shouted, " Pay attention. You're supposed to keep your eye on all these bugs, make sure they don't try to crawl away or do anything dumb. Mind your own. He's not important."

Her voice went higher, shriller. How old was she? "Didn't you hear me? I said he's this hotshot FBI agent!"

"Yeah, so who cares? Flat on his belly now, isn't he?" And Jeff laughed. For the hell of it, he kicked a woman bank employee in the leg. She flinched but didn't make a sound.

Her voice pumped with adrenaline, she said, "Hey, jerk, you are him, aren't you?"

Savich looked up full into her masked face. She was fine-boned, thin, probably had to stretch to make five foot three. He stared into her wild, excited eyes glittering behind the black ski mask. "Yeah," he said, "I'm that jerk."

She sang out , laughing. "I got me a bona fide FBI agent, right here at my feet. What a suuu-prize! You scared yet, big man? I'm gonna get to kill me a real-life FBI agent!"

Jeff said, "Until we've got our money, we're not popping anybody." Jeff sounded on the manic side himself, forty years old, maybe fifty, a smoker's voice, and, like the girl, he seemed to be in perpetual motion.

Savich heard Mac Jamison yell, "No!" Then there was a single gunshot, obscenely loud in the close confines of the vault. The two robbers came running out carrying dark cloth bags stuffed with money. In a voice frenzied with manic pleasure and excitement, the girl sang, " You got my birthday present?"

The woman yelled, "I sure do, sweetie! Now, let's get out of here. Okay, Jeff, take care of business!"

"I got me some business too!" the girl sang out, her voice jumping high and uncontrolled.

Savich had a second, no more, and no choice.