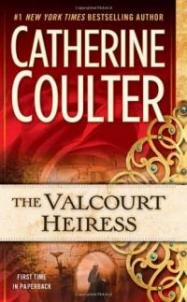 Twenty-four year old Lord Garron of Kersey is on his way home to succeed his late brother, Arthur, as the Earl of Wareham. But on arrival, Garron discovers his home, Wareham Castle, has been nearly destroyed by The Black Demon and his band of bad bad soldiers looking for Arthur's cache of silver coins which remain hidden. The handful of servants who've survived includes a young girl named Merry, supposedly the castle priest's bastard, who is as clever and enterprising as Garron. Garron is told this Balc Demon destroyed Wareham because no one would tell him where Arthur had hidden stolen silver coins. Equally puzzling is the too-smart bastard Merry -- as well bred, literate and brave as any man he's ever known. Indeed, she galvanizes his people to action before he can even ask her assistance. She's a natural leader and a skilled healer, but Merry has secrest of her own...secrets that could endanger Garron and his peopl. He knows she's hiding something, knows she could bring more bad things down on his head, but he likes her and her fast mind and her ready wit. But can he survive the truth? This engaging journey into medieval-land is loaded with intrigue, a witch who could turn you into a toad, and rich historical detail. As always, Coulter wraps it all up in a nail-biting ending. Well-defined characters, fascinating situations, blooming love, and a super big surprise are in store. Enjoy!