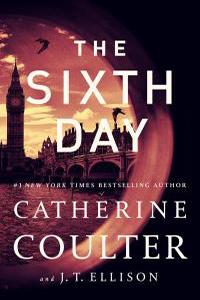 When several major political figures die mysteriously, officials declare the deaths are from natural causes. Then the German Vice-Chancellor dies on the steps of 10 Downing Street, and a drone is spotted hovering over the scene. The truth becomes clear—these high-profile deaths are well-constructed assassinations, and the Covert Eyes team is tasked to investigate.

With the help of Dr. Isabella Marin, a young expert in the enigmatic Voynich Manuscript and cryptophasia (twin language), Nicholas and Michaela home in on Roman Ardelean, a wealthy cybersecurity genius and a descendant of fifteenth century Romanian Vlad the Impaler—often romanticized as Dracula. Ardelean believes the Voynich Manuscript will unlock the secret to curing his severely ill twin brother’s blood disorder and is willing to murder anyone who gets in his way, including Nicholas and Michaela.

Along with MI5, the Covert Eyes team must race against the clock to find Ardelean before he unleashes a devastating attack on London intended to destroy those he believes betrayed him.

The trip from the Savoy Hotel to the prime minister’s residence at 10 Downing Street normally took eight minutes, but the diplomatic run—the police escort clearing the streets before his black SUV—was faster. Heinrich Hemmler had only five minutes of silence to pull on the mask of the diplomat to give a good show to the PM, and that meant, of course, he had to hide his own excitement at what was going to happen. For three years, he’d kowtowed to the chancellor, the silly cow, and worked tirelessly behind the scenes, making contacts on the sly with those who had the power and the money. And now, all his plans were coming to fruition. The chancellor had sent him here to convince the PM to allow more refugees per year into the United Kingdom. Oh yes, he would give his spiel to the PM and then he would leave. No one knew what Hemmler was really doing in London, except his two personal security guards, who were paid handsomely to keep their mouths shut. There were five more guards in the car front and back, and he was as safe, probably safer, than England’s PM, always.

After his meeting with the PM he would meet with a radical imam in absolute privacy, to discuss another agreement to add to his wealth. Soon, he would drape his wife, Marta, in jewels,

send his children to the best private schools in the world, pay off his jewel-of-an-estate snuggled in the midst of the Schwarzwald, and have more than enough euros left over to send his young

mistress, Krista, to visit her bed-ridden mother in Geneva.

The deal he’d made with ISIS was excellent, for him, of course, but not such a good deal for those who might die in the process. But that was life, wasn’t it? You never knew when your

own might come to an abrupt end. And anyway, who cared about those people he didn’t know, had never seen? They were of no consequence—they didn’t matter.

The agreement he’d made with the splinter Irish group was excellent, as well, but since his contact, Chapman Donovan, had died yesterday—dropped dead of a heart attack right outside his home, the British news had reported—Hemmler would need to find a new partner. He’d liked Chappy Donovan, always up for a Cuban cigar and a little cheat on his wife.

He needed the weapons to hand over to his friend the imam, but he wasn’t worried. In this world, weapons were easy to come by. Weapons brokers were a dime a dozen.

No matter, he’d positioned himself perfectly in the government so when the chancellor’s policies of open borders backfired as a result of multiple deadly terrorist attacks, she would be

blamed and the country’s confidence in her would plummet. And he, Vice Chancellor Heinrich Hemmler, would have no choice but to call for a special election to replace her. He would, of course, be elected in her place. And then he would discreetly settle his ISIS brethren in a small town in Bavaria as their foothold in Europe. They’d paid him a lot of money and given him their word there would be no further acts of violence in Germany once the chancellor was gone.

It was a pity no one would ever know how he’d pulled off secret negotiations with terrorist leaders. No one would ever know it was he who had protected Germany—only a small number of sacrifices to be made along the way. That he was making himself rich in the process was only fitting. He was his country’s savior. The deal he’d made was brilliant.

A gentlemen’s agreement, if one could call those rapacious deathmongering murderers gentlemen, but he trusted them to keep their word. Money had already been deposited in one of

his private bank accounts. After the bombings in Frankfurt, Berlin, and Munich, the tide would turn irrevocably against the chancellor, and no one else would have to die, at least no more Germans. He slid a hand down his yellow silk tie and hummed, low in his throat. Nothing but silk and Savile Row for him from now on.

The car pulled onto Downing Street and stopped. Heinrich waited for a beat, as his security team built a protective wedge for him to step into.

Let’s go, let’s go,let’s get this ridiculous business over with.

“All clear,” one of his guards said as he opened the door and allowed Hemmler to step into the wedge onto the street. He moved fast, as always.

There were only five steps to the entrance. He took the first step into a very un-English warm and clear day.

Something bit his neck, almost a lover’s bite, as Krista liked to do. He slapped his hand to the spot, but nothing was there. White-hot pain, everywhere, he staggered. His eyes bulged as he

dropped to his knees, clawing at himself as a burst of hellish fire coursed through him, burning him up from the inside.

He heard shouts, felt hands lifting him, dragging him to the doors, his knees scraping the cement, as he was manhandled inside Downing Street. He heard the grand doors slam shut behind him. He clearly heard shouts for help, but he couldn’t talk, couldn’t move. Or breathe. They laid him on the carpet in the foyer. It felt so soft under his cheek, but only for an instant,

because the flames were consuming him, making him want to scream, only he couldn’t.

Heinrich knew he was dying. He had no chance to pray for forgiveness, nor did his life flash before his eyes. He only had a brief thought of his wife and his mistress before he actually felt his heart slowing and the softness of the rug beneath his cheek, and then he was gone.