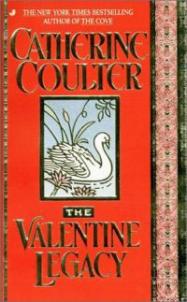 In the early 1820's, horse racing was a down and dirty sport. James Wyndham, who owns racing stables in both England and America, finds his racing nemesis in red-haired Jessie Warfield, renowned hoyden and champion jockey, who knows as many dirty racing tricks as James does. When either wins a race, the other's nose gets rubbed in the dirt.

Jessie has known James for six years, since she was fourteen years old. She often wants to kick him for the way he treats her, but more importantly, she adores him. She just doesn't know how to show it.

When chance throws Jessie out of a tree, finding her on top of James, she is pronounced Ruined. When she decides to run, she really goes for it, all the way to England, to James's cousins, Marcus and Duchess Wyndham.

James arrives, laden with guilt, to find a Jessie who sounds like the old Jessie but isn't. Jessie has undergone a transformation worthy of Pygmalion.

Will James do the Right Thing and undo Jessie's Ruin? What about Jessie's nightmares that seem to call up something terrible from her childhood?

There's a treasure to be found on the Outer Banks, a mystery to be solved, a love story that will plant a smile on your mouth for a long time, and lots of laughter.

Let me know which of the three Legacy novels you like best.