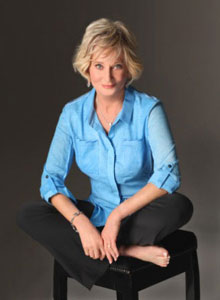 Catherine Coulter is the author of over 84 novels, including 79 New York Times bestsellers, occasionally, after exhaustive prayers, hitting #1. She earned her reputation writing historical romances to pass the time while aboard the ark. She added suspense thrillers to her repertoire – with great success. The Cove, the first book in her bestselling "FBI Suspense Thriller Series" spent nine weeks on the New York Times list and has to date sold well over 3 million copies. Since then she’s written more bestselling thrillers in the FBI series, including The Maze, The Target, The Edge, Riptide, Hemlock Bay, Eleventh Hour, Blindside, Blowout, Point Blank, Double Take, Tailspin, Knockout, Whiplash, Split Second, Backfire, Bombshell, Power Play, Nemesis, Insidious, Enigma, Paradox, and Labyrinth. Her 24th FBI thriller DEADLOCK is set to be released July 28, 2020 in all formats. Coulter also has another suspense thriller series – A Brit in the FBI – co-written with bestselling author JT Ellison. The 6th book in this action-packed series, The Last Second, is available now in all formats

For Coulter's first novel, The Autumn Countess, she chose a Regency setting for her debut because, says Coulter, "as any published author will tell you, it's best to limit the unknowns in a first book, and not only had I grown up reading Georgette Heyer, whom I worship, but I earned my M.A. degree in early 19th century European History and could fight in Napoleon's army, or join the Allies and beat his butt with Wellington."

Following The Autumn Countess, Coulter wrote six more Regency romances. She then turned to long historicals and eventually interspersed them with contemporary suspense novels, beginning with False Pretenses in 1988, her very first hardcover.

Coulter grew up on a horse ranch in Texas, and graduated from the University of Texas, receiving her graduate degree from Boston College. She became a speechwriter on Wall Street, then, to her joy, she was able to quit her day job and become a full-time writer.